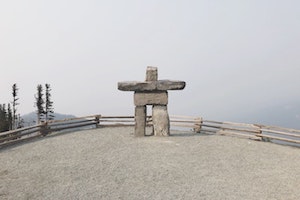 Search all Whistler Houses for Sale and real estate listings below. Nestled among the Coast Mountains in British Columbia lies the famous village of Whistler. There’s no doubt that Whistler is a top destination in the country. When you add up the unparalleled skiing and snowboarding on Whistler Blackcomb, the superbly designed village, and the stunning natural views all around, Whistler is truly a one-of-a-kind community.

Be sure to register for a free account so that you can receive email alerts whenever new Whistler properties come on the market.

Whistler has around 10,000 permanent residents—though there’s a significant influx of young seasonal workers every year, creating substantial opportunities for those who own rental properties. For those who live in Whistler, the access to world-class alpine sports, eclectic shops, and wilderness experiences can be matched by few other communities, but the opportunity to live in Whistler comes at a hefty price tag. 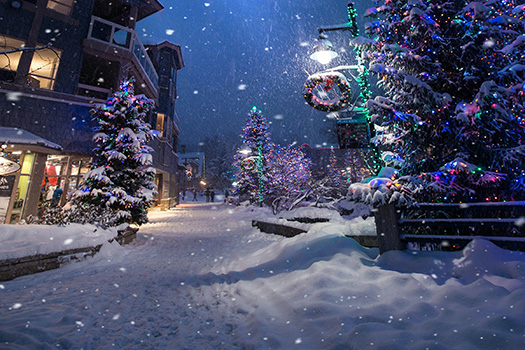 Because of the desirability of living in a community that looks like something off a postcard, interest in Whistler’s real estate market is high. The average price of a property in Whistler is well above the million-dollar mark. One popular neighbourhood in Whistler is Whistler North—which has many parks and trails right when you set foot outside, as well as a high-end golf course.

A desirable area of Whistler North is White Gold—one of the most established neighbourhoods around, with plenty of single-family homes, condos and good-sized modern townhouses. Alpine Meadows—also located in Whistler North—has exciting real estate investment options, including simple ski cabins and stylish chalets. It’s one of the biggest subdivisions in Whistler and is only a five-minute drive from the village.

Whistler South was the first area of the town to be developed and features unique views, excellent gondola access, and quiet subdivisions excellent for families, including Bayshores and Millar’s Pond.

Whistler is flanked by the Green River and Cheakamus River, surrounded by the Garibaldi and Pacific Mountain Ranges. In the early 20th century, the Pacific Great Eastern Railway began service to the Whistler area, quickly transforming it into the province’s top vacation destination.

These days, Whistler sees more than two million annual visitors and is one of the world’s top ski resorts. For those looking to invest in one of the province’s most desirable real estate markets, there are plenty of opportunities in Whistler.

Whistler itself has a small heliport with charter services to Vancouver and Victoria. There are also seasonal floatplane flights at Whistler/Green Lake Water Aerodrome and Pemberton Regional Airport charter services.

Because Whistler is such a mountainous area, altitudes vary drastically, and there are several microclimates in the area. The valley floor of Whistler is a marine temperate climate, while the slopes can be alpine tundra—far colder and with less precipitation. The area’s flora varies considerably based on the altitude, with western red cedar at lower altitudes and more scrub juniper and willow trees higher up.

In Whistler, winters are cold and snowy, with average temperatures that usually stick a few degrees below zero, not often dipping too far into the double negative digits. Meanwhile, summers are warm and dry, with most days in July and August reaching highs in the low twenties—perfect temperatures for hiking around and exploring the many trails.

Whistler offers world-class skiing, snowboarding, and mountain biking destinations, so it should be no surprise that it has a strong mountain sports culture. Several television shows have been set in Whistler, including the shows Whistler and Peak Season. It has also been the setting for reality television shows, including Gene Simmons Family Jewels and Fresh Meat II.

Whistler also has a vibrant arts scene centered around visual art exhibitions, music and dance shows, artistic workshops, and more. Located in Whistler Village is the Audain Art Museum and houses impressive artworks created by BC artists, including an extensive collection of paintings by Emily Carr. The Squamish Lil’wat Culture Centre is a shared celebration of the history of Coast Salish and Interior Salish nations.

Public education in Whistler is provided by School District 48, which also operates public schools in the nearby communities of Squamish and Pemberton. In Whistler, there is one high school—Whistler Secondary School—which has a capacity of around 400 students. Whistler has two elementary schools: Spring Creek Elementary and Myrtle Phillip Elementary.

There is one French school in Whistler: école La Passerelle. When it comes to postsecondary education options in Whistler, students can access programs provided in partnership by the University of Northern British Columbia, based in Prince George. Tamwood College also has a Whistler campus that allows students to study near the slopes.

Vancouver Coastal Health provides Whistler health care services. The Whistler Health Care Center is the hub for urgent and emergency services for residents of Whistler and those visiting.

Things to Do in Whistler

It should go without saying, but the top thing to do in Whistler is to hit the slopes at Whistler Blackcomb—the biggest ski resort in North America, featuring over 8,000 acres of terrain. Whistler Blackcomb gets plenty of snow and has a long skiing season that stretches into the spring, which means you can find yourself cruising along on sunny days wearing only a sweater. There are extensive events to take part in at Whistler Blackcomb, including the Crankworx biking festival.

Whistler is heaven for skiers and snowboarders, but for those looking for something a little slower-paced, the hiking is world-class. Head to Lost Lake—a beautiful loop around a scenic lake where you can take a refreshing swim when the weather is right.

Whistler reached global fame when it hosted the 2010 Winter Olympics. At the Whistler Olympic Plaza, you can see the famed Olympic rings, have a relaxing picnic, and catch some outdoor musical performances.

Are you thinking of buying or selling a home in Whistler? If you’re looking to buy a home, contact our Loyal Homes real estate agents, who can answer all your Whistler community, neighbourhood, and real estate questions.

If you’re thinking of selling your Whistler, BC home, our associated Listing Realtors can provide information on recently sold comparable properties, up-to-date real estate market information, and professional tips to help you prepare and sell your house for top dollar.