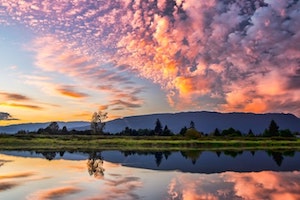 If you’re looking to take advantage of the amenities the Lower Mainland offers, Pitt Meadows could be the community for you. Be sure to register for a free account so that you can receive email alerts whenever new Pitt Meadows properties come on the market.

Pitt Meadows offers a unique opportunity for real estate investors, given its relative affordability in combination with its convenient location. Pitt Meadows can be a desirable option for raising a family or enjoying a quiet approach to living, and the Real Estate Investment Network named it one of the top investment cities in the country. 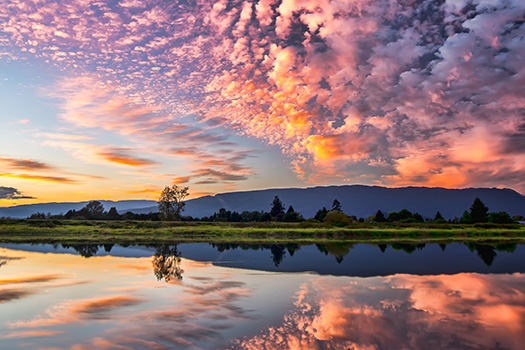 About Pitt Meadows, BC

Pitt Meadows residents experience all the convenient aspects of being near a big city while living in a tranquil community. Pitt Meadows is right next door to the larger city of Maple Ridge and is only around half an hour’s drive from Vancouver during ideal driving conditions.

With a population of around 20,000 residents, there’s no doubt that Pitt Meadows has more of a peaceful, residential feeling than many of the surrounding municipalities. Pitt Meadows is primarily composed of farmland and supplies plenty of produce to the Lower Mainland and beyond.

Getting to Pitt Meadows

Pitt Meadows’ relatively small population compared to surrounding cities can be partially attributed to the Pitt and Fraser Rivers naturally isolating it from the Lower Mainland. More than 80% of residents of Pitt Meadows work outside of the city, which makes local transportation infrastructure particularly important.

Pitt Meadows is easily accessible by highway, linked to Maple Ridge, Langley, and Surrey by the Golden Ears Bridge. The new Pitt River Bridge connects Pitt Meadows to Port Coquitlam. Both Highway 1 and the Lougheed Highway are easy options for road travel to and from Pitt Meadows.

Pitt Meadows has a temperate oceanic climate, which means that summers are mild and winters are cool but rarely cold. In Pitt Meadows, the range of temperatures throughout the year is narrow—rarely does it get notably hot or cold, and snowfall is relatively rare.

During the summer in Pitt Meadows, daily high temperatures typically hit the low twenties. In the wintertime, temperatures usually hover in the low to mid-single digits. The sunniest month of the year is July. Like most cities in the Lower Mainland, Pitt Meadows is a rainy city; the most rainfall is typically in November.

Pitt Meadows has a rich cultural landscape that residents can immerse themselves in. Art produced by emerging and established Pitt Meadows-based artists can be viewed freely at the Pitt Meadows Art Gallery, which volunteers run. Pitt Meadows is also home to several public art installations, including sculptures, murals, landscape elements, and more that are peppered throughout the city and reflect Pitt Meadows’ unique heritage and culture.

Pitt Meadows is in the Fraser Health Authority region, which serves nearly two million British Columbians. Residents of Pitt Meadows have access to the nearby Ridge Meadows Hospital, located in Maple Ridge. Ridge Meadows is a community hospital with 157 acute care beds and provides a wide array of services.

Things to Do in Pitt Meadows

Much of the land in and around Pitt Meadows is used for agricultural purposes, making farm-based activities particularly popular. At Hopcott Farms, you can find excellent local farm-fresh products, including perfect cuts of meat. There’s also a seasonal corn maze on the farm for some family fun.

Those who head to the Swaneset Bay Resort and Country Club may find that it looks familiar. That’s because it was the shooting location for almost all of the golf action in the movie Happy Gilmore. The courses at Swaneset are designed by PGA legend Lee Trevino and are set amidst beautiful views.

If you’re looking to get a little exercise while enjoying some beautiful scenery, you can head to Pitt Polder Ecological Reserve, which features extensive trails for walking, hiking, and biking. Pitt Polder offers plenty of birdwatching opportunities, and those who enjoy nature photography will find no shortage of potential shots.

The Flynn family farm is home to the Blue Heron Winery on Dewdney Trunk Road. This winery offers a selection of fruit table wines and dessert wines made from blueberries and cranberries, and you can enjoy a tour of the winery and shop for unique items in the winery gift shop.

Summer is officially launched on Pitt Meadows Day, held the first Saturday in June and featuring pancake breakfast, live entertainment, vendors, and fireworks. Late in July, residents enjoy the Maple Ridge - Pitt Meadows Country Fest, a community fair held at the Albion Fairgrounds, and throughout the summer, you can enjoy outdoor concerts at Music on the Wharf in Port Haney.

Are you thinking of buying or selling a home in Pitt Meadows? If you’re looking to buy a home, contact our Loyal Homes real estate agents, who can answer all your Pitt Meadows community, neighbourhood, and real estate questions.

If you’re thinking of selling your Pitt Meadows, BC home, our associated Listing Realtors can provide information on recently sold comparable properties, up-to-date real estate market information, and professional tips to help you prepare and sell your house for top dollar.