Welcome to the neighbourhood of Port Moody South in Port Moody, BC! Below you will find the newest homes for sale and real estate in Port Moody South. If you would like more information on any of these Port Moody South real estate listings, click on the property, register for a free account, and you’ll have access to the full details. From there, you can click Schedule a Tour to request more information from our Loyal Homes Client Care Coordinators or schedule a viewing. Our Client Care Coordinators can provide you with additional property information, so please don’t hesitate to ask for help!

For your convenience, we have included Port Moody South neighbourhood information at the bottom of the page, including the real estate market and things to do.

As mentioned, the relatively recent addition of SkyTrain access to Port Moody has led to a surge of development in some of Port Moody’s southern areas. Development is deliberately kept to a minimum in the more northern part of Port Moody—including the idyllic, sleepy communities of Belcarra and Anmore. Multi-family buildings aren’t typical, but the real estate offerings in Port Moody South are more diverse.

The Port Moody South neighbourhoods of Glenayre, College Park, and Port Moody Centre offer relatively good value compared to other Lower Mainland communities. In College Park, you’ll find large two-story single-family homes. Many of these homes were built in the 1960s and 1970s, and offer ample living space, often with four bedrooms and up and living area well upwards of 2,000 sq. ft. College Park has plenty of green space and is located within appealing proximity to the ocean and forests, meaning homes in this area often have lovely views.

Port Moody Centre is one of the most conveniently-located parts of the city, and properties in this neighbourhood offer walkability to shopping, schools, restaurants, bars, in addition to the Moody Centre SkyTrain station. You’ll find relatively affordable condos and townhouses in this area, ideal for real estate investors looking to commute into Vancouver or other cities in the Lower Mainland. Townhouse developments like Tall Tree Estates offer beautiful two and three-bedroom townhome units built in the 1970s and 1980s that feature spacious, modern open concept floor plans and private patios with mountain views.

The Glenayre neighbourhood in Port Moody South was mainly developed during the 1950s and has many appealing smaller single-family homes. Glenayre is a great family neighbourhood, with quiet, curving streets walking distance to recreational facilities and schools. Often with large yards, single-family homes in Glenayre are solid options for young families and real estate investors looking for rental properties in a desirable neighbourhood.

Port Moody is considered to be an up-and-coming city in the Lower Mainland. It offers a laid-back pace of life compared to some of the more bustling cities in the Metro Vancouver area. With plenty of green spaces and scenic areas, it can be perfect for those looking to strike a balance between city convenience and nature.

Appealing neighbourhoods can be found in the southern portion of Port Moody, including the Port Moody Centre, College Park, and Glenayre neighbourhoods. These neighbourhoods are located near where the Barnet Highway passes through the city, offering easy access to Vancouver and the cities that border Port Moody: Coquitlam and Burnaby.

The growth of Port Moody South in recent years is partly due to the Moody Centre SkyTrain station, which opened with the rest of the Evergreen Extension back in 2016 and connects the neighbourhood to Downtown Vancouver. The connection of this area to public transit has been considered a boon for real estate investors.

In Port Moody South, real estate investors will find homes located close to natural attractions. The neighbourhood is home to excellent parks and schools, making it a popular city for families. The area around St. John’s Street is home to plenty of dining and shopping options, and its brewery scene has been catching the attention of people across the Lower Mainland. Real estate options to suit a wide range of needs and desires can be found in Port Moody South.

Things to Do in Port Moody South

Catch the Sunset on Burnaby Mountain

Port Moody borders Burnaby to the west, and one of the largest and most scenic areas for outdoor recreation and peaceful walks in this area is the Burnaby Mountain Conservation Area. Burnaby Mountain offers over 1,400 acres of beautiful mountainous walking areas and opportunities to spot wildlife, including deer and eagles. The views over the Downtown Vancouver skyline and the Burrard Inlet from Burnaby Mountain are fantastic, especially at sunset.

Port Moody is mainly thought of as a residential, laid-back city, but it might surprise some to learn that it also has an impressive craft beer scene. There are five quality microbreweries located along the same stretch of Murray Street. Dubbed Brewers Row, there’s a great sense of community along the breweries that make up this stretch, as they work together to create an ideal destination for beer lovers from across the Lower Mainland and beyond. The breweries in Brewers Row are Yellow Dog Brewish, Moody Ales, Twin Sails Brewing, Parkside Brewery, and Bakery Brewing. They each offer their unique takes on ales, lagers, sours, stouts, and more.

Support Local Artists at Art in the Park

Port Moody has a strong artistic scene, and one way to engage with local artists is through the Artist in the Park program. This program offers artists the opportunity to engage directly with art lovers and allows visitors to witness art being made and ask questions. Artist in the Park runs daily during the summer months from seven in the morning until ten at night and allows local artists to create their works on-site and sell them directly to the public at the Port Moody Station Museum or the Port Moody Arts Centre. 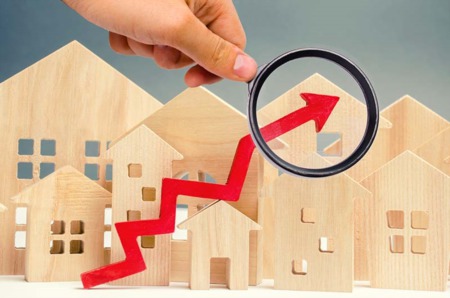 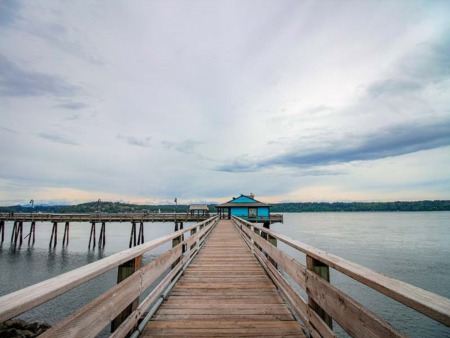 A Look at the Campbell River Real Estate Market