Houses for Sale in Saxe Point, BC

Welcome to the neighbourhood of Saxe Point in Esquimalt, BC! Below you will find the newest houses for sale and real estate in Saxe Point. If you would like more information on any of these Saxe Point real estate listings, click on the property, register for a free account, and you’ll have access to the full details. From there, you can click Schedule a Tour to request more information from our Loyal Homes Client Care Coordinators or schedule a viewing. Our Client Care Coordinators can provide you with additional property information, so please don’t hesitate to ask for help!

For your convenience, we have included Saxe Point neighbourhood information at the bottom of the page, including the real estate market and things to do.

About Saxe Point, Esquimalt, BC

Saxe Point is a small neighbourhood in the township of Esquimalt, on the Southern tip of Vancouver Island. Located on a peninsula, Saxe Point is surrounded by water, with excellent views of Juan de Fuca's Strait, Esquimalt Harbor's, and the Gorge Waterway. Saxe Point is full of heritage buildings and has a long history of indigenous people living on the coast. As well as settlers, and the CFB Esquimalt navy activity, resulting in an interesting mix of heritage buildings with new builds, military museums and First Nations art exhibits, and natural, outdoor living mixed with city life.

The Saxe Point community is located 4 km west of the downtown core of Victoria and is conveniently close to shopping, schools, transit, and restaurants. The township of Esquimalt has police, fire, ambulance, and other emergency services, doctors, dentists, and the Victoria General Hospital is only a 14-minute drive away.

There are several schools to choose from, and residents have access to the Esquimalt Recreation Centre, a public facility with a six-lane heated indoor pool, activity, and meeting rooms used for everything from fitness classes to community meetings to wedding receptions.

The people living in Saxe Point have all the amenities needed to live comfortably within reach, but without the hustle and bustle of life in a big city. Saxe Point is a safe neighbourhood with a community feel, and it is the type of place where people say hello to one another in the street and get to know one's neighbours.

Saxe Point, British Columbia, is a desirable location in Esquimalt to purchase real estate. Properties are some of the most affordable of the ocean-adjacent neighbourhoods in the Greater Victoria area. This neighbourhood has an eclectic mix of multigenerational homes, young families, single residents, and retirees, and the housing options reflect this mosaic community.

There are waterfront single-family homes for sale with large windows and open concept kitchens. Some properties feature basements, woodshops, or garages. Your realtor can find you a character home on a beautiful, cherry tree-lined street.

Saxe Point offers affordable one to three-bedroom apartments or condos featuring luxuries like a large deck with an ocean view, new appliances, a fitness centre, and two- to three-bedroom, pet-friendly townhouses with room for your family to play and grow.

Whether you dream of a rancher-style house with a driftwood picket fence, an updated mid-century home with enough land for gardening, or a sky-high apartment with views of the Strait of Juan de Fuca, Saxe Point has it all.

If you want to purchase a home in Greater Victoria, ask your real estate agent about this attractive neighbourhood today. Buying property in Saxe Point is nothing but a good investment in your future, as oceanside real estate will never go out of style.

Things to Do in Saxe Point

Saxe Point Park was a forested area until WWII when it was cleared to place searchlights as a part of Canada's shoreline defense. In 1934, it was designated as a park and has been used for recreational activities ever since.

Today, you can use Saxe Point Park to take a peaceful seaside walk or use it to access the beach. It is 7.5 hectares of forested trails, including the Saxe Point Park Loop, a 1 km accessible trail suitable for all skill levels, with moderate traffic. Dogs are allowed, and there are off-leash and on-leash dog areas throughout the park.

There are mature Douglas fir trees and grand fir trees, water fountains, open, grassy areas, benches and picnic areas, and plenty of views of the Strait of Juan de Fuca and the Olympic Mountains in the U.S.

The Saxe Point waters are an excellent place to go scuba diving. There is easy access and can be done either as a shore dive or a boat dive. The area has shallow rock walls, a sandy bottom, and beautiful underwater plant life. You can see animals like shrimp, crabs, fish, nudibranchs, anemones, swimming scallops, sea cucumbers, starfish, wolf eels, octopus, cloud sponges, schools of fish, and even the occasional seals or sea lions. 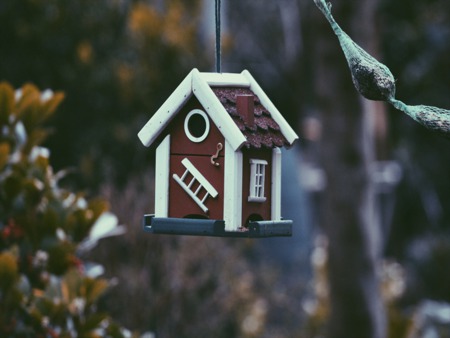