Houses for Sale in Hammond Bay, BC

Welcome to the neighbourhood of Hammond Bay in Nanaimo, BC! Below you will find the newest houses for sale and real estate in Hammond Bay. If you would like more information on any of these Hammond Bay real estate listings, click on the property, register for a free account, and you’ll have access to the full details. From there, you can click Schedule a Tour to request more information from our Loyal Homes Client Care Coordinators or schedule a viewing. Our Client Care Coordinators can provide you with additional property information, so please don’t hesitate to ask for help!

For your convenience, we have included Hammond Bay neighbourhood information at the bottom of the page, including the real estate market and things to do.

About Hammond Bay, Nanaimo, BC

Nanaimo’s nickname is “the Harbour City,” and some of the city’s most beautiful neighbourhoods can be found clustered around the oceanfront, offering views over the Strait of Georgia and the small islands that dot its waters. The combination of the mountain and ocean views, the wildlife, and the relaxed pace of life in this area of Nanaimo is a prime example of idyllic Vancouver Island living.

Hammond Bay is an example of a Nanaimo neighbourhood set amidst a beautiful nautical environment. Slightly south of North Nanaimo and to the east of the neighbourhoods of Departure Bay and Uplands sits Hammond Bay. Hammond Bay is one of Nanaimo’s most prestigious neighbourhoods, featuring luxury estates that take advantage of the unbeatable views in the area.

There is no doubt that Hammond Bay is one of the most attractive and liveable neighbourhoods to be found anywhere in Nanaimo. It is close to many of Nanaimo’s best parks and natural attractions, including Pipers Lagoon Park, Neck Point Park, Linley Valley, and more. The neighbourhood is also home to great schools, and Nanaimo’s central commercial shopping district in the north part of the city is nearby. Those looking to live or invest in one of Nanaimo’s most prestigious and beautiful neighbourhoods should certainly consider Hammond Bay.

New developments are continuously underway in the area, particularly slightly inland from the ocean. More and more properties are being built on the hilly regions a little way up from the water. Because these homes were constructed at higher elevations, they offer particularly impressive views out over the water and of the mountains.

Newly built single-family homes around Eagle View Park are generally substantial, stretching towards 4,000 sq. ft. and up, often with five or more bedrooms. The new Golden Oaks Estates subdivision features numerous homes of this sort, all designed to maximize mountain and ocean views, with large windows and deck areas perfect for outdoor hosting in warmer months. The homes in this subdivision fetch some of the highest price tags you’ll see in Nanaimo and offer prestige and a standard of living that’s generally unmatched anywhere else in the city.

As is often the case in seaside neighbourhoods, compact townhouses and condos are located near the shore, perfect for retirees and real estate investors looking for short-term rental properties or vacation rentals with great views. These properties—often with beautiful sightlines out over Stephenson Point—could be ideal for real estate investors looking for properties in a safe and quiet part of town surrounded by beautiful scenery.

Finally, some of the most exceptional real estate investment opportunities in Hammond Bay come in the form of the undeveloped land in the neighbourhood, which offers real estate investors the opportunity to build their dream property in some truly unique locations. The price of generous-sized lots in this part of Nanaimo remains relatively affordable.

Things to Do in Hammond Bay

Experience the Viewpoints Along Rutherford Ridge

One of the most appealing aspects of living in Hammond Bay is the beautiful scenery everywhere you turn. One way to gain access to even more unique viewpoints is to hike Rutherford Ridge, a relatively simple hike that’s enjoyable any time of year. The main view offers excellent views over Duke Point, Nanoose Bay, and Mount Benson. The view mainly faces inland, but from specific vantage points, you can also see the ocean from an exciting perspective.

Neck Point Park is among the most scenic spots to take in ocean views in Nanaimo. Along the more than thirty acres of pristine marine scenery in this park, you’ll find pebble beaches, jagged rock cliffs, and calming trails that wind through old-growth oak trees. It’s a popular park with photographers, and there’s no question why. On any of Nanaimo’s many misty days, there are beautiful snaps to be had of that distinctive Vancouver Island atmosphere. Neck Point Park is also a popular destination for those interested in scuba diving, as it’s possible to dive right off the point and spot a wide array of sea life. For those who aren’t looking to plunge into the water, Neck Point is also a great place to spot sea life, including sea lions, otters, and even whales from shore.

Grab a Bite at Piper's Pub

Hammond Bay is located in a quiet part of Nanaimo. It doesn’t feature an abundance of shops—which is one of its charms—though it does offer simple access to amenities in nearby neighbourhoods. One restaurant that’s a neighbourhood staple is Piper’s Pub—a friendly neighbourhood establishment that offers good food and a welcoming atmosphere. The pub is known for its reasonable prices and vast beer choices. The daily specials provide great value, including two for one fish and chips on Monday nights and wing nights on Wednesdays. 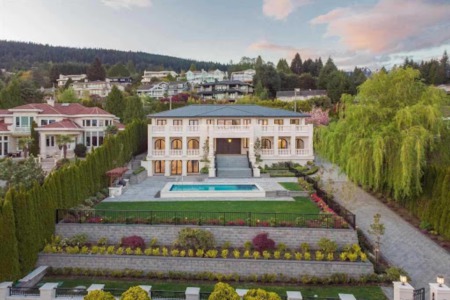