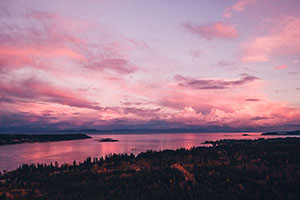 Search all Royston Houses for Sale and real estate listings below. Royston is a neighbourhood in Courtenay, BC, and is a desirable community for real estate investors. It offers extensive beachfront property, and there are plenty of large, sprawling lots. Properties in Royston range from newly-built large luxury homes to rustic cabins that provide the ability to live a very relaxing lifestyle.

Be sure to register for a free account so that you can receive email alerts whenever new Royston properties come on the market.

Because of the increasing popularity of tourism to the Comox Valley, buying Royston property for income-producing rental suites is an enticing prospect. Royston is also near enough to the malls and shops of South Courtenay to remain a convenient place to live—though most Royston residents will find they require a car to have complete freedom to get around, as public transportation options are sparse.

For most of Royston’s history, it has been a laid-back rustic community, but plans for developments in the area are increasing, and the community sees frequent proposals from developers looking to make the most of the under-utilized desirable land. Likewise, in the nearby communities of Union Bay and Fanny Bay, driving through the area will reveal plenty of shovels hitting the dirt, as the area’s housing stock is bound to increase.

The most desirable area of Royston may be Marine Drive, which runs right along the shore. Houses in this neighbourhood offer views of the Coast Mountains, Comox, Goose Spit, and more, often featuring patios that offer unbeatable sunrises over the ocean. While there are many large luxury homes along this strip that may be out of reach for real estate investors just entering the market, there are also plenty of good-sized two and three-bedroom ranchers built in the 1960s and 1970s that would make excellent homes for small families or retirees and offer vacation or rental property potential. The area along Marine Drive is quiet and safe and is home to incredible wildlife viewing, including the west coast’s biggest population of Trumpeter Swans—the world’s largest water bird.

Those looking to renovate or build in a spectacular waterfront setting will undoubtedly find options in Royston. In the area along the Island Highway, you’ll discover cabin-style homes on reasonably large lots with trees and little streams. These rustic homes are typically built in the 1960s, being affordable and offer great potential for vacation properties or BnBs, putting some work into upkeep and renovations first. However, with plenty of room to build, it’s common for investors in the Royston real estate market to tear down and build anew.

For ambitious real estate investors and those looking to invest in commercial real estate, there are options along the Island Highway as well. You’ll find large lots with mixed zoning, featuring residential and industrial properties that may include auto shops, retail units, processing plants, greenhouses and nurseries, and more. Those looking for space to start a business or invest in commercial real estate on the waterfront will find the ability to do so in Royston.

Royston is a small, seaside village in the Comox Valley on Vancouver Island. It’s located slightly south of the city of Courtenay along Highway 19A, which is also called the “Old Island Highway.” This highway runs along the eastern coast of Vancouver Island from Nanaimo in the south up to Campbell River in the north, passing right through Royston.

Royston is an unincorporated community and is directly across the harbour from the town of Comox. It has a population of around 1,500 residents, with many of the homes in Royston located right on the beautiful waterfront. In the early 20th century, the waters around Royston were a major logging port in the Comox Valley. Dozens of old freighters and warships were deliberately sunk to calm the waters for ships. To this day, the sunken vessels remain in place and are a historical landmark.

Royston is a rural community, but it’s within easy reach of plenty of amenities, restaurants, and bars. A ferry leaves from Royston that provides an easy link to beautiful Denman Island, and the airport in nearby Comox offers convenient access to Vancouver. Royston offers small-town beachfront living in a welcoming community built with a shared appreciation of the stunning nautical landscapes surrounding it.

Things to Do in Royston

Royston attracts residents and investors drawn to the ocean, and one of the top things to do when you’re in the area is to head down to the Royston Seaside Trail. You can walk right up onto the shipwrecks at low tide and explore the old ships and the marine life that now call them home. There’s also a picnic area, a viewing platform, and more, making it a great outing during any season.

Another one of the most popular things to do in Royston is heading to the Trent River Falls. It’s an easy hike through scenic trails to the falls, though there is some tricky rope climbing sections at the end. At the falls, there’s a beautiful swimming hole. Trent River Falls is also a great place to take your dogs for a walk.

In Royston and its charming neighbouring oceanfront communities, there are quaint little pubs where you can have a great meal and enjoy some live music in a welcoming community setting. One such place is Roy’s Towne Pub, an English-style pub that celebrates the British history of the area and its founder, William Roy.

The Pros & Cons of Moving to a Small City Like Parksville