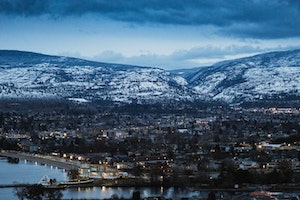 Search all Penticton Houses for Sale and real estate listings below. Penticton is a sunny Okanagan community that receives over 2,000 hours of sunshine annually—making it an excellent destination for all things outdoors.

Known for its vineyards, beaches and outdoor opportunities, Penticton is a great place to live for people in all stages of life. Be sure to register for a free account so that you can receive email alerts whenever new Penticton properties come on the market.

The average commute in Penticton is less than 15 minutes making it the ideal place for those who want to spend more time with family and friends. Within Penticton, there are nine distinct neighbourhoods; Uplands/Redlands, Apex, Carmi, Columbia Duncan, Main North, Main South, Wiltse/Valleyview, The K streets, and Industrial.

Penticton has a variety of dwellings, including row houses, townhomes, duplexes, low-rise apartments, lakefront homes, single-detached homes, condos, high-rise apartments, and mobile homes. Many of the condo buildings, including those at 86 Lakeshore Dr, boast beautiful views of Skaha Lake. While properties north of town, around Upper and Lower Bench Rd, Provide views of Okanagan Lake. Penticton is a great place to check those boxes on your real estate wishlist. 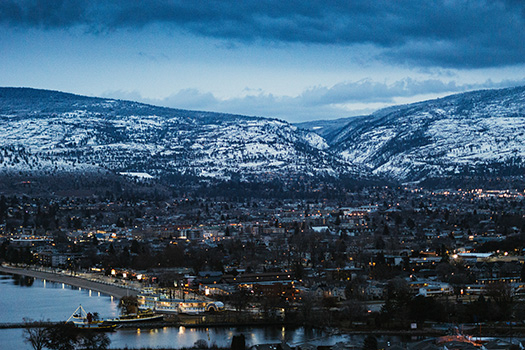 The town has also committed 22% of the land within city limits to Natural and Conservation areas not intended for development. And the city has several areas designated as parks/greenspace to protect from future development.

From the Salish word Snpintktn meaning ’a place to stay forever,’ Penticton lives up to its name. Situated between two lakes, Okanagan Lake to the north and Skaha Lake to the south, Penticton, BC, is a mecca for those who enjoy relaxing on warm sandy beaches, swimming in refreshing waters, and tasting the wines and fresh fruits harvested from local orchards. Penticton also boasts a lively downtown core with an abundance of cafes, pubs, restaurants, and local businesses.

At the heart of the South Okanagan, Penticton is situated along the Okanagan Highway (Hwy 97) and is 400 km (approximately 4.5 hours) northeast of Vancouver and 60 km (45 minutes) south of Kelowna.

The summers in Penticton are hot, and the sun is guaranteed to shine (3,037 hours per year). Although the winters are cold, the Rocky Mountains block the Arctic winds making the weather less severe than other Canadian cities at the same latitude.

In the 1800s, the Hudson Bay Company started trading with the Indigenous people of the Okanagan Valley. Trade only increased during the Cariboo Gold Rush in the 1860s. Tom Ellis, an Irish settler, established a cattle ranch in 1865. As others followed, the area’s population increased, and in 1908, Penticton was incorporated.

After WWII, veterans contributed to the post-war population boom, and Penticton’s infrastructure quickly grew to include a city hall, art center, and shopping center. Today, Penticton’s population is just under 34,000; however, it is expected to steadily grow in the coming years.

Long-term care facilities are available for seniors. In fact, Penticton is recognized as an Age-Friendly Community, as they provide transportation, housing, and social participation opportunities for those over the age of 55.

Things to Do in Penticton

Penticton provides residents with a myriad of activities. From relaxing on the beach to mountain biking, wine tasting, and ice skating, Penticton offers endless options for leisure activities and outdoor adventures. Penticton hosts special events throughout the year, such as the Peach Festival, Ironman Canada, Granfondo Axel Merckx Race, and of course, the Elvis Festival.

Those looking to relax and rejuvenate can visit one of the local beaches, swim in the freshwater of Okanagan Lake or Skaha Lake, take a float down the river (The Channel Float), or tee off at the Penticton Golf and Country Club.

Looking for an adventure? Residents of Penticton have all-access to several outdoor activities, including hiking up Munson Mountain, mountain biking on one of the many trail systems, participating in a motorcycle tour, ice skating at McLaren Park Arena, or night skiing at Apex Mountain Ski Resort!

Residents of Penticton are just steps away from some of the world’s most infamous wineries: Painted Rock Estate Winery, Red Rooster Winery, and Ruby Blues Winery. Seven craft breweries, two cideries, and three distilleries are worth exploring along the way!

Are you thinking of buying or selling a home in Penticton? If you’re looking to buy a home, contact our Loyal Homes real estate agents, who can answer all your Penticton community, neighbourhood, and real estate questions.

If you’re thinking of selling your Penticton, BC home, our associated Listing Realtors can provide information on recently sold comparable properties, up-to-date real estate market information, and professional tips to help you prepare and sell your house for top dollar.