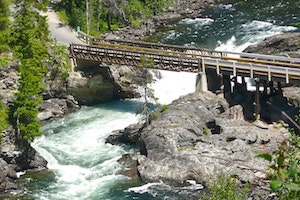 Search all Clearwater Houses for Sale and real estate listings below. Clearwater is a small community located in the North Thompson Okanagan, surrounded by beautiful mountains and provincial parks. The municipality of Clearwater was established recently, in 2007, and several factors make it a promising area for real estate investments.

Be sure to register for a free account so that you can receive email alerts whenever new Clearwater properties come on the market.

Clearwater is a promising real estate market. Properties are much more affordable than nearby cities like Kamloops, and there are vital jobs in the forestry, agriculture, mining, and tourism industries. This means Clearwater can be a healthy option for local workers looking for family homes and investors looking to make rental income. 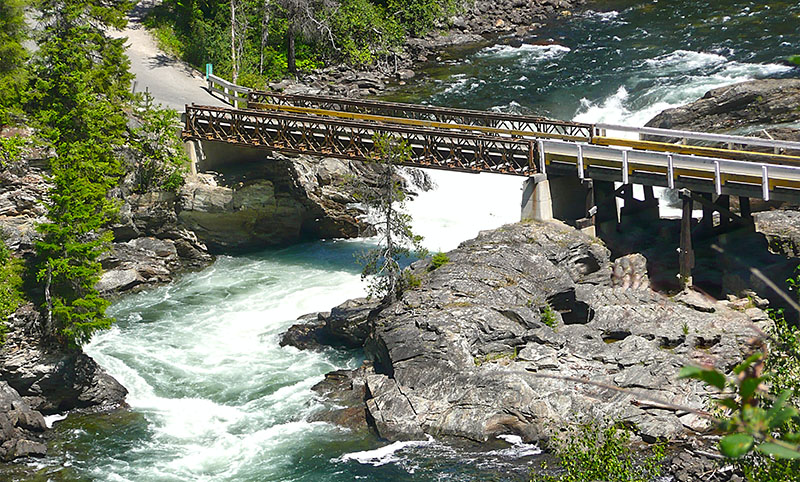 In Clearwater, you’ll find large two-storey single-family homes built in the 1970s on sizeable lots with affordable price tags. These homes often have four or five bedrooms and sit on lot sizes of an acre or more, making them excellent options for young families. A few hours outside of Clearwater itself, you’ll find similar two-storey family homes on even bigger lots of up to five acres, many of them featuring large garages or workshops. For those with renovations or other building plans on their mind, the options are practically limitless in Clearwater.

One of the most desirable areas of Clearwater is the stretch along Sunshine Valley Road, which offers sprawling properties and large, newly-built luxury homes offering privacy and tranquility. There’s also a substantial supply of move-in-ready family homes from the ‘60s and ‘70s in Clearwater. Ambitious real estate investors may gravitate towards the abundant undeveloped lots just a few hours north of the community itself. These large plots of land offer excellent privacy and are ready for you to bring your plans and real estate investing goals to life.

With a population of only around 2,300 people, Clearwater offers laid-back rural living amidst a strong community of residents who are passionate about where they live. At the same time, in Clearwater, you’re only ever an hour and a half by car from Kamloops, a city of 90,000 people that offers extensive amenities. The local economy is strong, the community is well-situated, and the cost of real estate is low.

Clearwater can be an attractive destination for resource industry workers, young families looking for space to grow, and ambitious real estate investors looking to renovate or build properties on their terms. Those looking for a vacation property are also likely to find multiple options for properties that provide easy access to the area’s many parks, biking trails, and skiing and snowboarding facilities.

Clearwater is situated conveniently on the Yellowhead Highway—the large interprovincial highway that runs from Manitoba to the coast of British Columbia. Driving 123 km south on this highway gets you to Kamloops, and it’s a further 88 km to Merritt.

Via Rail’s famous “the Canadian” train line runs from Toronto to Vancouver and stops at a station in Clearwater three times a week. This opens up the possibility of scenic travel either to BC’s coast or out east. The Clearwater stop is a “flag stop,” which means the train only stops there when someone wants to get on or off.

Clearwater has a tiny airport that offers scenic and charter flight services. Meanwhile, flights to several domestic and international destinations are available at the Kamloops airport.

Clearwater has four distinct seasons that all have their charms. In springtime, temperatures hover in the low teens. Once the snow has melted in the town, it remains on the nearby mountain peaks, glistening on warm sunny days. Temperatures can reach the high twenties in the summer months, perfect for days hiking in the shade or swimming in nearby rivers and lakes.

In fall, the nearby hills explode into oranges, reds, and yellows, and the salmon make their wild dash up the rivers while the bears stand on the shores to catch them. Fall temperatures often stick in the low teens. Winters are frigid and snowy, with temperatures often in the negative teens, and the snow tends to stick around until March, facilitating tons of winter sports and activities.

Because Clearwater is a hub of outdoor recreation, it has a population of residents who bond over their love for getting outside and enjoying water sports in the summer months and winter activities when it’s cold out.

For ages, the Simpcw community has lived in the Clearwater area and was revered as excellent hunters across the North Thompson area. Today, the Simpcw First Nation has a vibrant, proud community of around 700 members in the area, and they’re known for their yearly salute to the salmon returning to the Raft River.

Public education in Clearwater is provided by School District 73—the same school district that operates schools in Kamloops. There are two public schools in Clearwater; Clearwater Secondary has around 225 students in grades eight through twelve, while Raft River Elementary has approximately 300 students in kindergarten through grade seven.

The nearest post-secondary institution is Thompson Rivers University in nearby Kamloops, which offers extensive undergraduate, graduate programs and job training. Thompson Rivers also has a small campus in Clearwater with limited specialized offerings.

Clearwater has a level one community hospital—Dr. Helmcken Memorial Hospital, named after the founder of the British Columbia Medical Association. Clearwater’s hospital has an emergency section and both acute and long-term beds. For specialized procedures, it sends patients to Kamloops’ Royal Inland Hospital.

Things to Do in Clearwater

The best-known attraction in Clearwater is likely Wells Gray Park, which calls itself “Canada’s Waterfall Park.” Indeed, it’s home to more than a million acres of wilderness with some of the most stunning views in the country. It features old-growth rainforest, the Murtle, Thompson, and Clearwater Rivers, tranquil lakes, and, most notably, epic waterfalls.

The Serenity Music Festival celebrates local music every year and takes place on Birch Island, just north of Clearwater. It offers free camping when you buy a ticket, and children under twelve can also attend for free.

One of the best parts of living in a small community in BC is the farmers’ markets. The Clearwater Farmers’ Market has been around for years and has dozens of vendors that offer up fresh local produce and baked goods, in addition to arts and crafts. There’s a playground, a music stage, and a picnic area, making it a perfect place to spend weekend days with the family.

Are you thinking of buying or selling a home in Clearwater? If you’re looking to buy a home, contact our Loyal Homes real estate agents, who can answer all your Clearwater community, neighbourhood, and real estate questions.

If you’re thinking of selling your Clearwater, BC home, our associated Listing Realtors can provide information on recently sold comparable properties, up-to-date real estate market information, and professional tips to help you prepare and sell your house for top dollar.