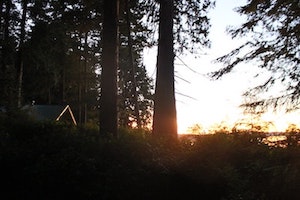 Search all Savary Island Houses for Sale and real estate listings below. It’s no overstatement to say that Savary Island is one of the most beautiful places in the country. Found in the northern part of the Strait of Georgia, Savary Island features many sandy beaches, the warmest water north of Mexico, and a rustic lifestyle that is probably more tropical than anywhere else in Canada.

It’s breathtaking to watch the sunsets and sunrises against the Salish Sea. Be sure to register for a free account so that you can receive email alerts whenever new Savary Island properties come on the market.

Savary Island is very small: only around a kilometer wide in most places and around eight kilometers long. You could walk from end to end in a day. There are certainly opportunities on Savary Island for real estate investors, but the options may be limited and can go quickly. 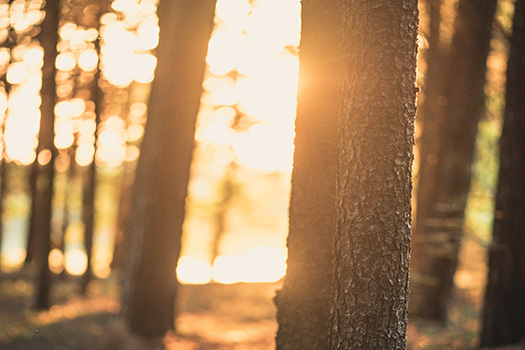 A common type of property on Savary Island is small rustic cottages on a large lot. These homes typically take advantage of the waterfront views all around, with large windows and skylights. Typically built in the ‘60s and ‘70s, these are often simple homes heated by wood stoves.

The most common real estate investment opportunity on Savary Island comes in the form of vacant land for development, of which the options are relatively ample. Building your dream home on Savary Island requires careful planning. Solar power is the primary power source, a septic field may need to be installed, and access to builders may be scarce. However, the rewards of fulfilling your vision in such a scenic location are likely to be well worth the effort.

About Savary Island, BC

Savary Island is well off the beaten path, and getting there requires some dedication. There’s no electricity on Savary Island, the roads are unpaved, there is no internet service (although cell phone reception is relatively strong), and very few shops and amenities exist. Only around a hundred people live on Savary Island year-round, though that number swells up in the summer when it’s popular with tourists. Savary Island has excellent weather, and its natural beauty is almost untouched, making it an intriguing option for laid-back beachfront living on the Sunshine Coast.

Savary Island features a warm community composed of artists and people seeking a relaxed and laid-back style of living. It offers residents a chance to live amongst wildlife in a historic area, given its name by Captain George Vancouver back in the 1700s.

Getting to Savary Island

Getting to Savary Island requires some dedication, which is one of the reasons why the island has remained so undeveloped. It’s a 4.5-hour trip from West Vancouver to Savary Island using BC Ferries, plus the time spent waiting for ferries to arrive and depart. Private water taxi services may be faster and more versatile but more expensive.

You can take a floatplane from Vancouver International Airport to Savary Island operated by Van City Seaplanes or Corilair that’ll cost a couple of hundred dollars. A floatplane is an excellent way to see the stunning waters of the Georgia Strait, but there are luggage limits that may be restrictive for some.

Protected by the Strait of Georgia and the Vancouver Island rainshadow, temperatures on Savary Island are truly mild—warm and sunny in the summer months and cool and rainy in the winter.

Like anywhere in the Vancouver Island area, there’s plenty of rain on Savary—approximately 1,300 millimeters of annual rain makes it among the rainiest places in the country. Most of this rain falls from the late fall through to the mid-winter. Winter storm waves from the southeast cause erosion, leading to Savary Island’s many fine sandy beaches.

Back in the 1930s, students from the Vancouver School of Art traveled to Savary Island yearly to practice sketching the landscapes. The views from Savary Island are awe-inspiring, and for years Savary has served as a muse for established Canadian painters who have tried to capture its beauty.

Savary Island Arts Community is a local, volunteer-run group that works to increase access to the works of Savary Island artists during the summer. Despite Savary Island’s tiny population, there are several places to engage with local art including, Savary Island Art Studio and Gallery, Lori’s Crafts, Ayhus Arts, and Antiques Art & Wonderful Junk.

Because Savary Island has only around a hundred full-time residents, there are not any schools, and most of the school-aged children on Savary Island are homeschooled.

Accessing public education from Savary Island requires first taking the water taxi from Savary Island to Lund (a 15 minute trip with one taxi leaving every hour from 9 am to 6 pm) and then a half-hour drive from Lund to Powell River. In Powell River, there are eight public schools operated by School District 47.

Amenities are sparse on islands as remote as Savary, and there are no health care facilities to be had on the island itself. As is the cause with education, access to health care services is to head to Powell River.

Things to Do on Savary Island

It may surprise you to learn that such a remote island has a restaurant, but Rigger’s Pub is a great quaint spot to grab some delicious eats and enjoy a local beer on tap, brewed in nearby Powell River.

The top attraction on Savary Island is simply heading to one of the sandy beaches where the water is warm, and the shores are usually almost empty.

Are you thinking of buying or selling a home on Savary Island? If you’re looking to buy a home, contact our Loyal Homes real estate agents, who can answer all your Savary Island community, neighbourhood, and real estate questions.

If you’re thinking of selling your Savary Island, BC home, our associated Listing Realtors can provide information on recently sold comparable properties, up-to-date real estate market information, and professional tips to help you prepare and sell your house for top dollar.