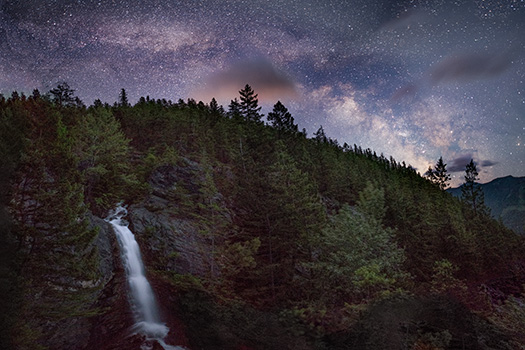 Search all Cranbrook Houses for Sale and real estate listings below. From world-class recreation, scenery, and more, Cranbrook is home to over 20,000 residents. Warm summers and comfortable winters make this a hot spot for outdoor enthusiasts. If you like to get outdoors, why not move to a community with everything at your fingertips.

The largest urban community in the East Kootenays, Cranbrook has lots to offer. Be sure to register for a free account so that you can receive email alerts whenever new Cranbrook properties come on the market.

Cranbrook has a lot to offer potential homebuyers. In the northeast area of Cranbrook, you will find well-maintained single-family homes built in the mid to late 1900s, many of which offer attached garages or carports. There are also single and double-wide mobile homes for sale located in this neighbourhood. Up near Mount Royal Ridge, there are gorgeous newly built homes featuring double and triple car garages. Not to mention the views of the surrounding valley.

In the northwest region of Cranbrook, there is a mix of industrial/commercial real estate and residential properties. Georgian Heights is a huge mobile home park that is affordable for first-time homebuyers or anyone looking to downsize. In the community of Boulder Creek, there are stunning luxury golf villas, steps from the Wildstone Golf Course.

In the southeast area of Cranbrook, there is a mix of real estate options. From single-family homes built around the mid to late 1900s or a townhome in the Fountain Estate Complex. This neighbourhood also has homes situated on larger lots, many of which have detached garages/workshops or secondary residences. The southwest area of Cranbrook is heavily residential and offers charming ranchers to larger multi-level homes. Homes in this area are well cared for and provide proximity to amenities in the city.

You can buy a well-established suburban home on a hill surrounding the city center or a piece of property outside the city to be nearer to the great outdoors. Ask your real estate agent about lakeside properties or listings for sale in desirable neighbourhoods in the city. With all this city has to offer, you are bound to find the perfect home to suit your needs.

Cranbrook, British Columbia, has just over 20,000 residents in southeastern British Columbia, Canada. It is the largest urban center in the East Kootenay region. Combined with the surrounding region, the population is about 26,000 people. Originally populated by the Ktunaxa peoples, the city was later named after the town of Cranbrook Kent, England, by Colonel James Baker, a European settler, and was incorporated in 1905.

The primary industries in Cranbrook include forestry, trades, health care, and mining. A major Canadian Pacific Railway Yard serves as a critical access point for trains going in and out of the USA. Cranbrook has a public transit system operated by BC Transit with eight bus lines throughout the city.

Cranbrook is located at the crossing of two major highways: Highway 3 and Highway 93/95 and is located close to both Alberta and the United States. Some popular nearby cities include Kimberley, BC – drive south from Kimberley for 25 minutes, or 28.8 km via BC 95A highway. Fernie, BC – Cranbrook is a 1 hour, 6 minutes (963 km) drive away from Fernie, BC via the Crowsnest Highway BC-3W. Nelson, BC – drive 229.6 km, or 2 hours, 38 minutes via the BC 3 E highway. Radium Hot Springs, BC – this popular tourist destination is 1 hour and 32 minutes north of Cranbrook via BC 93/BC 95, a 143.4 km drive.

The Cranbrook Canadian Rockies International Airport was recently renovated to accommodate international flights and is served by Air Canada Jazz to Vancouver, Pacific Coastal Airlines to Victoria and Kelowna, and WestJet Link to Calgary and Vancouver, all of which are international airports with flights coming from destinations around the globe.

Cranbrook has a humid continental climate, with more sunshine hours than any other BC city. It also has the fewest foggy days and has the lightest winds. In general, it is a dry city, with the majority of the precipitation falling as snow in the winter. There are approximately 110 frost-free days between May and September. Summer temperatures average a high of 27°C and a low of 12°C, and winters have an average low of -11°C and high of -4°C.

There is a thriving arts scene in Cranbrook. The Cranbrook Arts 1401 Gallery and Artspace is a formal art gallery that hosts events and classes, and the Cranbrook Arts Gift Shop has workshops and hosts visual, literary, and performing arts events.

See live shows and performances at the Key City Theatre year-round, or visit the Cranbrook Community Theatre, an 83-seat theatre in a heritage building that hosts plays, musical events, and classes. The Cranbrook Public Library is a popular spot that runs literary-based programs for adults and children.

Summer Sounds in the Park is a free annual summer event running through July and August at Rotary Park, and Symphony on the Kootenays is an organization that orchestral music to Cranbrook and the surrounding areas.

Indigenous culture is honoured in Cranbrook, and you can tour galleries throughout the city that showcase work by the local Ktunaxa Nation. For historical experiences, follow the trail of the Canadian gold rush on the Cariboo Wagon Road, visit the Fort Steele Heritage Town, or explore the Canadian Museum of Rail Travel which has train cars built in the early 1900s.

Cranbrook, British Columbia, is part of the Interior Health Region and has the largest hospital in the East Kootenays, the East Kootenay Regional Hospital. This hospital's services include 24-hour emergency and acute care, long-term care, imaging, general medicine, inpatient and outpatient care, surgeries, and obstetrics, with a high-tech, level 3 laboratory.

Public schools in Cranbrook, BC, are run by BC School District 5. There are seven elementary schools, two middle schools, and one high school, Mount Baker Secondary School, the largest high school in SD 5.

Cranbrook is also home to the main campus of the College of the Rockies. This campus has a large international student base, with 2,500 students in total per year.

Things to Do in Cranbrook

This community has nearly 2,000 acres of wilderness to explore, and is surrounded by the Purcell Mountains, the Rocky Mountains, and many lakes, including Wasa Lake, Jim Smith Lake, Lazy Lake, Moyie Lake, Elizabeth Lake, and Norbury Lake. In the warmer months, canoeing, boating, and camping are popular activities. Guided nature tours and wildlife excursions are available, the fishing is excellent, and you can play in the local golf league, peruse local shops, and visit local farmer’s markets in the area.

Cranbrook is located on the Powder Highway, the world’s largest concentration of ski hills. Within five hours of the city are eight world-class resorts. Other popular winter activities include snowshoeing, tobogganing, snowmobiling at Lumberton, where you will find 50 km of groomed snowmobile trails. Check out the South Star Recreation Area for trails for cross-country skiing and fat-biking.

Motorsports are popular for Cranbrook residents, including ATVs, side-by-sides, and dirt bikes, and trails and areas permit off-road vehicles surrounding the city. You can hike or bike the section of the Trans-Canada Trail called the ‘North Star Rails to Trails’ section, a paved, two-lane, 28 km trail between Cranbrook and Kimberley, BC or hike to Fisher Peak.

Sports are essential to many Cranbrook residents, and you can take in a local BCHL division Cranbrook Bucks game at Western Financial Place, an arena with year-round swimming, hockey, and ice skating. They have classes and other fitness programs, as well as a racquetball and squash court. You can also enjoy indoor climbing, take part in yoga, visit a spa or join one of the many gyms around the city.

Are you thinking of buying or selling a home in Cranbrook? If you're looking to buy a home, contact our Loyal Homes real estate agents, who can answer all your Cranbrook community, neighbourhood, and real estate questions.

If you're thinking of selling your Cranbrook, BC home, our associated Listing Realtors can provide information on recently sold comparable properties, up-to-date real estate market information, and professional tips to help you prepare and sell your house for top dollar. 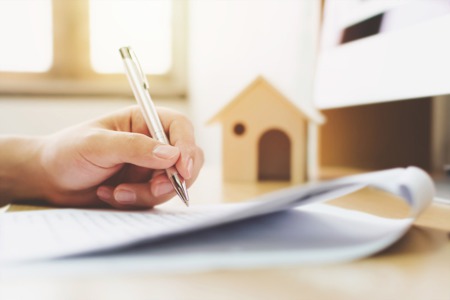